U.S of Ed: What should Americans be thankful for in 2017? 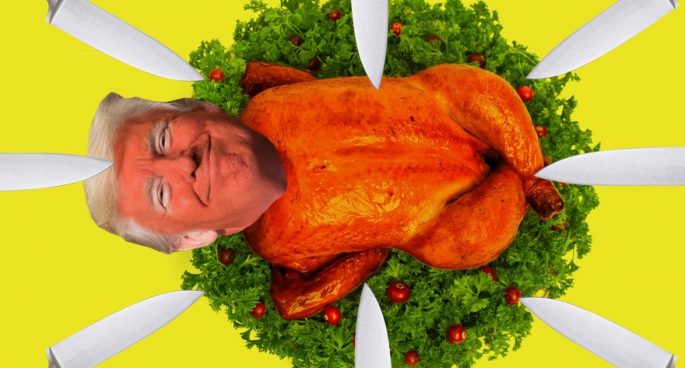 “Sooner or later, several of them are going to squeal and it looks like [Michael] Flynn will, and he’ll roll them all up at once. It’s not going to be pretty.”

Republican Senate candidate in Alabama Roy Moore can be thankful for Trump’s support in spite of mounting sexual allegations, but other Republicans aren’t so sure. America’s middle class can be thankful the GOP’s tax plan is looking unlikely to pass. And while many thought it was possible Robert Mueller might have Donald Trump served up like a turkey by Thanksgiving, it’s not necessarily good news for Trump and those surrounding him with rumours Mueller has a “classic Gambino-style roll-up” in the works to capture all the key players in one fell swoop.

U.S of Ed: What should Americans be thankful for in 2017?