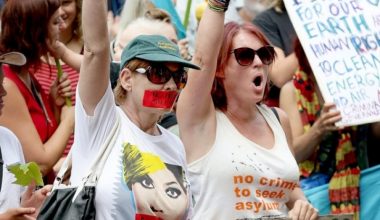 Last week on the show, we spoke about new laws being proposed by the Baird government to crackdown on protesters who could be seen as interfering with the day-to-day operations of coal and gas mining operations. Increasing the powers of a set of laws designed around industrial sabotage. The proposal could see peaceful protestors jailed for up to seven years or fined thousands of dollars just for opposing big business, in what is being seen as an outright attack on civil liberties. Today, New South Wales Unions are gathering for a protest in front of Parliament House at 12 midday. Earlier we were joined by Unions NSW Secretary Mark Morey to discuss more on the issue.