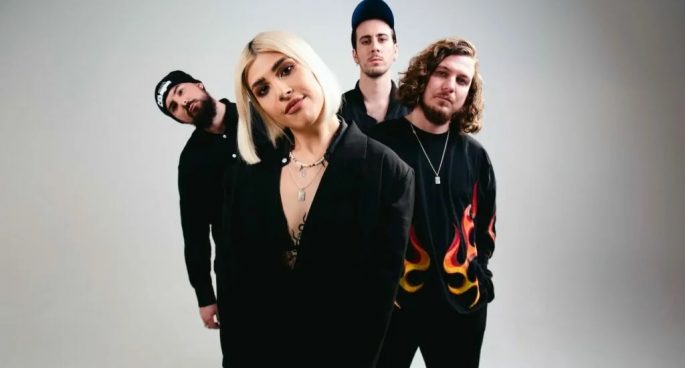 Ever since the opening lines of Wisdom Teeth in 2014, we’ve been hooked on the driving and passionate Brisbane-based punk of WAAX. Their path has been a tumultuous one, but after Big Grief, their debut album was released in 2019, the band delivered some visceral live shows to legions of fans before everything suddenly shut-down a year later.

With so much uncertainty around the future of live music, it was a tough time to know what was coming next, and for WAAX, a band reliant on performing, what was next?

Now we know, as their second album, ‘At Least I’m Free’ has been unleashed on the world and it’s a huge step in the evolution of this band.

Driven by personal experience and delivered with the same passion we’ve come to know and love from the whole group, but in particular, lead singer, Marie ‘Maz’ Devita.

She’s not yelling, she just Italian, and we were excited to welcome Maz from WAAX to The Tuckshop!