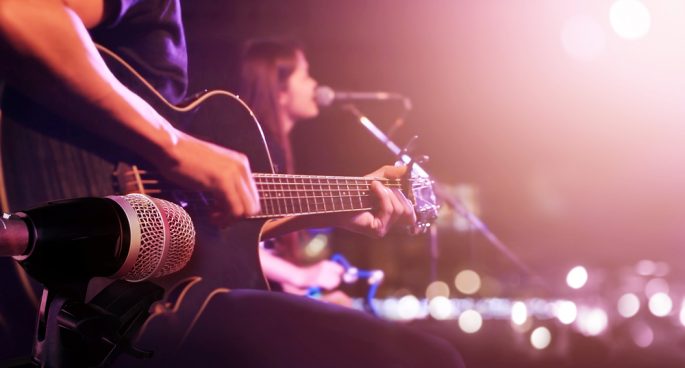 From the frozen south, an antarctic wind blows bringing with it the chill of vast icy plains. But fret not, for the warmth of Wayne is here to melt our hearts with some good old-fashioned entertainment reviews. Each week Wayne Massingham brings us the best in film, TV, and music. So cuddle up under the doona for this week’s Wayne’s 4 x 2.

In slight change in pace, Wayne gives us his thoughts on The Hold Steady’s live performances in Melbourne last week. A love letter to live shows, Wayne encourages us all to get out and support live shows as more start to pop up around the country after a long hiatus due to the pandemic. So keep an ear to the ground for live music near you.

Produced in a rented an Airbnb in the Poconos Radiator is the debut album of relatively new indie folk band Sadurn. Described by Wayne as “perfectly formed indie folk”, Radiator is sparsely but effectively instrumented and features diary-like lyrics that draws you in close for a very personal listening experience.

Listen to Radiator by Sadurn on Spotify.

Acapulco is a light-hearted and warm Spanish and English-language series. Set in 1984, it follows the story of Máximo Gallardo as told to his grandson in the present day. Máximo lands his dream job at Acapulco’s most prestigious resort Los Colinas, but the job turns out to be more than he bargained for. Acapulco is available to watch on Apple TV+.

Cruel Country is the twelfth studio album from veteran indie rock band Wilco. A more restrained album with warm music and a gentle acoustic sound. The tracks tend to be very lyrical at times with messages of loving your country, but also being critical of it. Cruel Country is the first time in a long time that all six members of Wilco have been present for recording at the same time – all songs are live takes. Cruel Country is available on Spotify