Wayne’s 4 x 2: Mare of Easttown, My Octopus Teacher, and MORE! 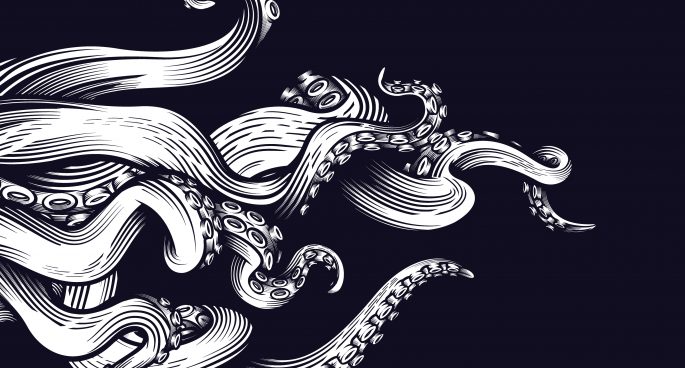 In this time of unprecedented Cabin Fever, the esteemed Dr. Massingham has four entertainment tonics for our hazy and addled brains.

Here’s what the good doctor had for us this week.

This highly acclaimed HBO crime drama series features Kate Winslet as the titular Mare Sheehan – a police investigator in a small Pennsylvania town. Mare of Easttown follows Sheehan as she juggles the investigation of a brutal murder and her crumbling personal life. The show also features Australian actors Guy Pearce and Angourie Rice. The Mare of Easttown is available to watch on Foxtel GO.

After years of free-diving off the coast of southern tip of Africa, South African filmmaker Craig Foster encounters a remarkably curious young octopus. Craig earns the animal’s trust after visiting her den and meticulously tracking the octopus’s movements over several months, forming a unique bond between human and animal yet unseen before in history. My Octopus Teacher is available to watch on Netflix.

The tenth album from “Semi-Australian” alt-rock band Liars, The Apple Drop is a dark but fun album from the uniquely experimental band. The lineup for this album in addition to founding  mainstay Angus Andrew include multi-instrumentalist Cameron Deyell, Australian drummer Lawrence Pike, and his wife Mary Pearson Andrew. This album is considered their most “accessible” album, but still features the band’s signature aggressive and arty sound. The Apple Drop is available to listen to on Spotify.

A century after Edith Cowan was elected to parliament and became Australia’s first female parliamentarian, Annabel Crabb presents a history of female politicians in Australia including frank accounts of politics from the perspective of several preeminent Australian female politicians such as Julie Bishop and Julia Gillard. Ms Represented is available to watch on ABC iview.

Wayne’s 4 x 2: Mare of Easttown, My Octopus Teacher, and MORE!