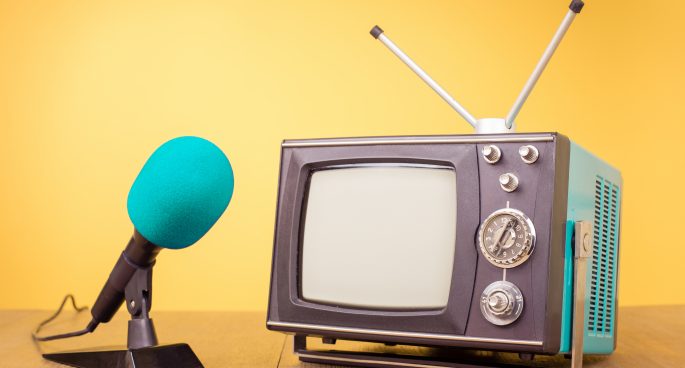 If one thing is for certain, it’s that monotony and Massingham cannot coexist. Embarking on his quest to deliver only the best in entertainment each week to listeners of The Thursday Daily, it’s Wayne’s 4 x 2.
Four reviews, two minutes each.
Here is what he had for us this week!
Film: Quo Vadis, Aida?
Nominated for best ‘International Feature Film’ at the 2021 Oscars, Quo Vadis, Aida? follows the profoundly moving story of Aida, former teacher turned UN translator, and her battle to rescue her family and people from murder. Set in Bosnia in 1995, Jasmila Žbanić’s war drama provides a harrowing and heartbreaking look into the atrocities of the Srebrenica genocide. Quo Vadis, Aida? is available to stream on Sydney Film Festival On Demand.
Watch the trailer here.
TV Series: Time
In this gripping three-part prison drama featuring Sean Bean and Stephen Graham, BBC’s Time explores the lives of a prisoner consumed by guilt and a guard grappled with decisions of morality, confined by the shackles of a profoundly distorted penal system. Time is available to watch on Foxtel.
Watch the trailer here.
Album: Fun House Hand Habits
A third album release by the talented Meg Duffy, former New Yorker and current Californian musician, the project Fun House is described by Wayne as being their most adventurous record yet. The album strikes a perfect balance of emotions, coupled with a cocktail of melodies that eschew any specific genre to depict the many dualities of life. Fun House is available on Spotify.
TV Series: Modern Love
Starring Jane Alexander, Tina Fey, Anne Hathaway and more, Amazon Prime’s series Modern Love is a perfect blend of romantic comedy and drama that explores modern-day love in all of it’s complex and beautiful forms. Each episode reels audiences in by bringing to life unique stories based on the Modern Love column of the New York Times newspaper and takes an emotional and wonderful look into all of the ways individuals fall in and out of love. Modern Love is available to watch on Amazon Prime Video.
Watch the trailer here.