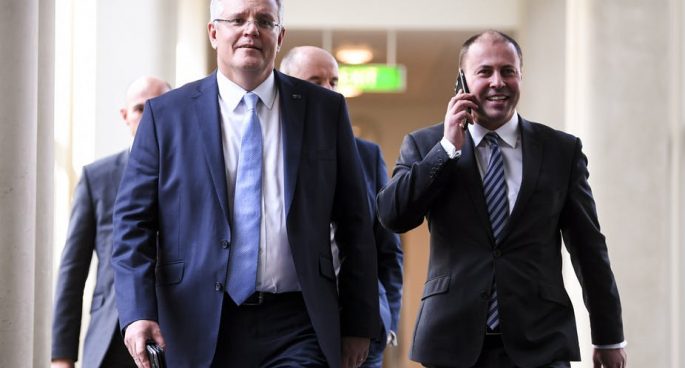 Our favourite #WeekendWarrior Anthony Dockrill is back this week, and he’s prepped and ready for an Election week count-down!

With only days left until voters head to the booths, Anthony and Tess are a mix of emotions – tired, intrigued, concerned (but mostly tired).

All heads at the table agree this year’s campaign has been pretty dispiriting, and the Liberal party’s campaign launch over the weekend was no shining light.

And a weekend highlight from our very own ScoMo via Twitter, Tess and Anthony are baffled and delighted by our prime minister’s command over the English language.

But all agree the real point of interest that’s surfaced from this 2019 campaign has been the noticeable hostility to major news agency, News Limited.

But is News Limited really doing anything all that different to what we’ve experienced in other campaigns?

Tune in for the run-down!