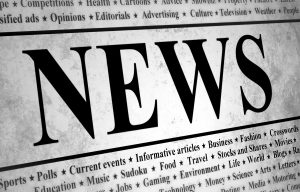 On Monday the final round of the French election took place where Emmanuel Macron secured his victory by winning majority in the French parliament.

The NSW government announced it was reviewing building standards in this week’s state budget.

Clive Palmer after his court proceedings last month, where he claimed he was too sick to give evidence, was photographed on holiday in the Mediterranean.

On Tuesday in Paris a driver plowed into a police car on the Champs-Elysees and on Wednesday in Brussels a terror attack occurred outside the central railway station where the offenders were apprehended.

In Sydney, charities are being overrun because of the rental  accommodation housing crisis where single mums are particularly being affected. Also in Sydney, CEOs are sleeping out as part of a fundraising event for the homeless.

This week the Maroons celebrated a win, beating NSW 18 to 16 in the second match of the State of Origin series.

Finally, the ACT government made the initiative to introduce drug testing at music festivals, but the NSW government and Labor Party insisted it would not happen in NSW.