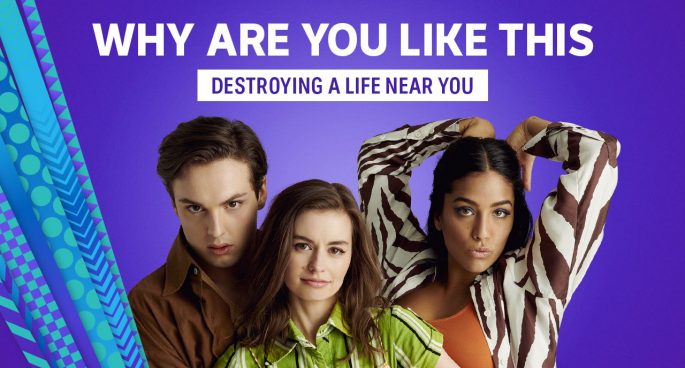 Why Are You Like This is a new six-episode comedy following 20-something friends Mia, Penny and Austin through a divisive socio-political hellscape, leaving a path of destruction in their wake. The show boasts some of Australia’s cleverest young talent, including writer, actor, performer – co-creator and one of the stars of the series – Naomi Higgins, who has also written for Get Krackin’ and is a regular panellist on Gamey Gamey Game.  The other creators of the show include comedian Mark Samual Bonanno from the comedy team Aunty Donna who have their own Netflix show, and illustrator/writer/lawyer Humyara Mahbub.

The Daily’s Ruby Innes was joined by Naomi Higgins and Humyara Mahbub to have a chat about the series.