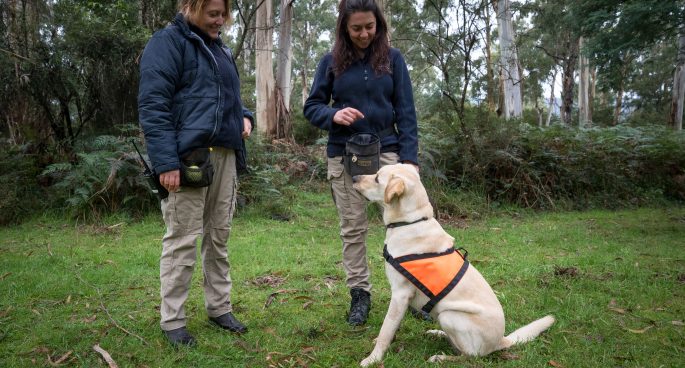 You’ve heard about sniffer dogs who serve alongside law enforcement to sniff out illegal drugs and dangerous paraphernalia but have you heard about conservation dogs who are trained to specially sniff out critically endangered species?

Zoos Victoria has created a Detection Dog Squad, a select group of highly trained dogs that will not only be used to locate endangered species in the wild, but help a larger team of handlers to support the breeding of endangered species in captivity. The very first member of their quad is Moss who will be one of the first dogs in the world to carry out such unique and critically important work.

Naomi Hodgens, a Wildlife Detection Dog Officer with Zoos Victoria joined The Daily to tell us more about how wildlife detection dogs like Moss can aid in conservation efforts.

For more details you can read an article Naomi Hodgens co-authored in The Conversation.