What will a plebiscite really achieve for same-sex marriage? 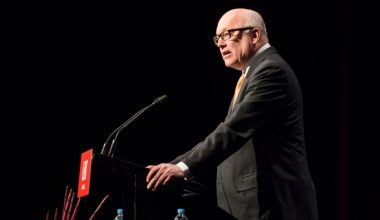 Attorney-General George Brandis committed the Turnbull government to a plebiscite on marriage equality by the end of the year if they win re-election. The issue is one of the election’s main focuses, and Opposition Leader Bill Shorten has said that his government, if elected, would hold a free vote within 100 days of coming into office.

Ray Morgan Research CEO Michele Levine spoke last week on QANDA, stating that 76% of Australians supported marriage equality. With a plebiscite estimated at $160 million, many have questioned why we need one at all.

Sam spoke to Dr Matt Collins QC, barrister and Senior Fellow at the Melbourne Law School, and he asked about the benefits of a plebecsite.

What will a plebiscite really achieve for same-sex marriage?