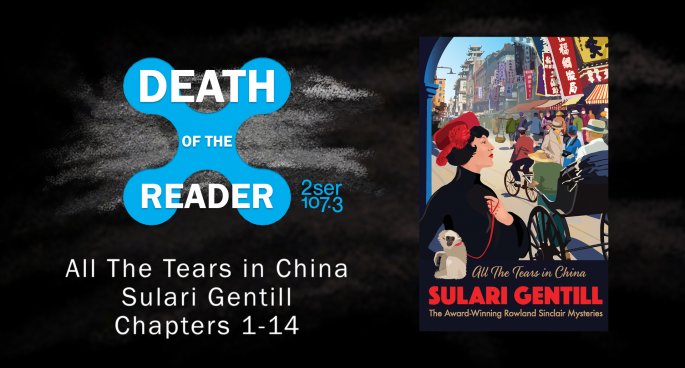 We discuss chapters 1-14 of All The Tears in China by Sulari Gentill. Finding himself in political hot water with the Attorney General over his involvement with Egon Kisch on his last adventure, Rowland Sinclair is shipped off to Shanghai by his brother Wilfred to buffer a trade deal while the thread of trade embargoes to their buyers in Japan loom overhead. Seeing the opportunity for a break, Rowland’s band of merry communists find themselves in the luxurious Cathay Hotel as they prepare to enjoy the sights and sounds of China. Before Rowland and his cavalcade of Watsons are able to enjoy Shanghai, Sinclair is nearly kidnapped, and a corpse is found unexplained in their hotel room. With an overzealous police inspector on their tail, and a guide with gangsters after him, can Rowland unravel the crime and escape unscathed? We’re also joined by Sulari Gentill herself to talk about the importance of historical allegory, her experience in uncovering the culture of 1930s Shanghai, and how it shaped the cultures and characters in this book.

Also, don’t miss Final Draft’s chats with Sulari Gentill on the new book in the series – A Testament of Character!