All The Tears in China by Sulari Gentill Part Two 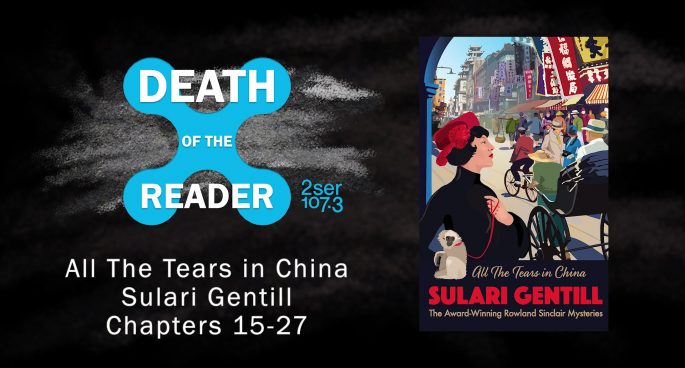 We discuss chapters 15-27 of All The Tears In China by Sulari Gentill. As the scale of crime escalates drastically and Rowland finds himself on the receiving end of explosions and high-speed violins. Pressure mounts to cave to business demands from the traders he was sent to delay, Rowland begins to doubt that he’ll be capable of carrying out the mission his brother sent him for. With the Police only getting more aggressive, can Rowland solve the crime before the police take him in, and will they even believe his solution? Herds is on the case with the broadest solution we’ve seen yet on the show. We’re also joined by author Sulari Gentill herself to talk about the real criminal underworld of 1930s Shanghai, and the beautiful contradictions that led to the portrayal of the Butler Wing Zau.

Check out Part One and Part Three here.

Also, don’t miss Final Draft’s chats with Sulari Gentill on the new book in the series – A Testament of Character!

All The Tears in China by Sulari Gentill Part Two