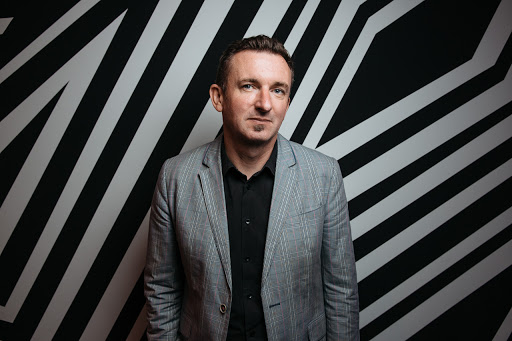 Blair French joins Regina to talk about his life and journey to head up this major Sydney institution. (keeping the arts alive during covid-19)

Blair worked in Art Galleries and Museums in New Zealand and the United Kingdom before moving to Sydney in 1995.

A selection of his essays were published in book form as ‘Out of Time: Essays Between Photography and Art’ (2006), and a further book on Australian photo-based contemporary art –’Twelve Australian Photo Artists’ – co-authored with Daniel Palmer was published by Piper Press, Sydney in 2009. Blair has edited or co-edited a range of publications, including monographic publications in association with MCA Australia and Artspace projects by Shaun Gladwell, André Stitt, Rose Nolan, Alex Gawronski, Michael Goldberg, Bruce Barber, Paul Saint and Hilarie Mais as well as the major 1999 book ‘Photo Files: An Australian Photography Reader’ (published by Power Publications and the Australian Centre for Photography). Blair co-founded the periodical ‘Column’, published by Artspace, and co-edited the 2015 book ‘Civic Actions: Artists’ Practices Beyond the Museum’ (published by MCA Australia).

His many curatorial projects include ‘The National 2017: New Australian Art’ at MCA Australia; both the 2013 and 2010/11 iterations of SCAPE Public Art: Christchurch Biennial; and a range of group exhibitions at public galleries and contemporary art spaces across Australia and NZ.

Blair has lectured in universities in Australia and NZ. He was President of Contemporary Arts Organisations Australia (CAOs), a formal nationwide network of 12 individual organizations, 2006-09 and was an external member of the Board of Sydney College of the Arts, University of Sydney, 2008-2012.