Death Going Down by María Angélica Bosco Part One 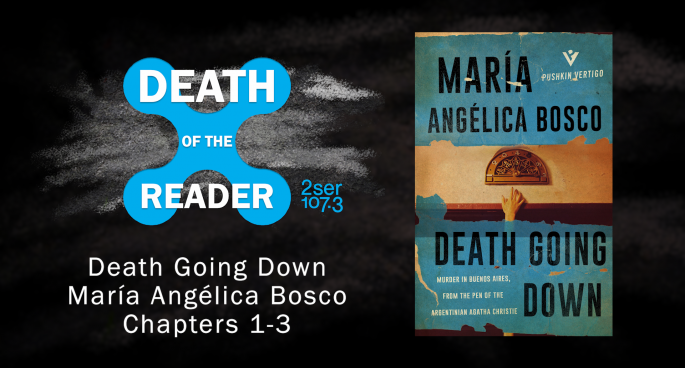 We discuss chapters 1-3 of María Angélica Bosco’s debut mystery ‘Death Going Down‘, translated by Lucy Greaves. After Frida Eidinger, a German immigrant, is found dead in the elevator of an apartment block in Buenos Aires, the police go through the motions resolving her apparent suicide, but the lead investigators have doubts. Who in this small tower could be responsible for Frida’s death? It’s up to Inspectors Ericourt, Blasi, and new recruit Muck to crack the case.
We’re also joined by Dr. L.J.M. Owen, author of The Great Divide and head of the Terror Australis Readers and Writers Festival to talk about its 2021 return, the lineup, and the important literacy goals it strives for.
Check out Part Two and Part Three here!

Death Going Down by María Angélica Bosco Part One