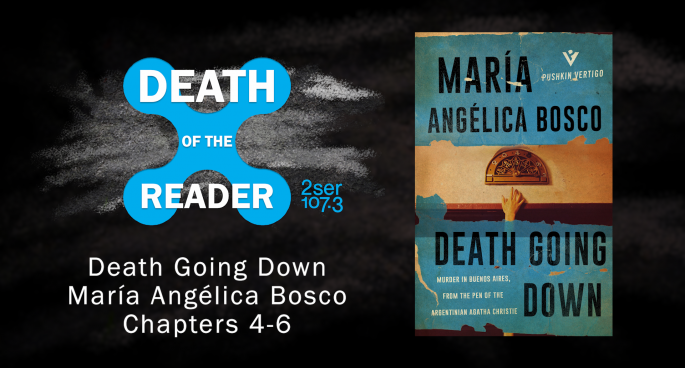 We discuss chapters 4-6 of María Angélica Bosco’s ‘Death Going Down‘, translated by Lucy Greaves. As the interrogations go on, Inspector Blasi is taking his time getting to know the suspects, and soon some relationships between the inhabitants of the tower start to pique his interest. Why did the power go out? Why was Gabby at the Eidinger’s house? Can Herds figure it all out in time? The clock is ticking and a new face impends.
We’re also joined by translator Brian Karetnyk to talk about the art of translation, and his upcoming version of ‘The Village of Eight Graves‘ by Seishi Yokomizo, with Pushkin Vertigo.
Check out Part One and Part Three here!