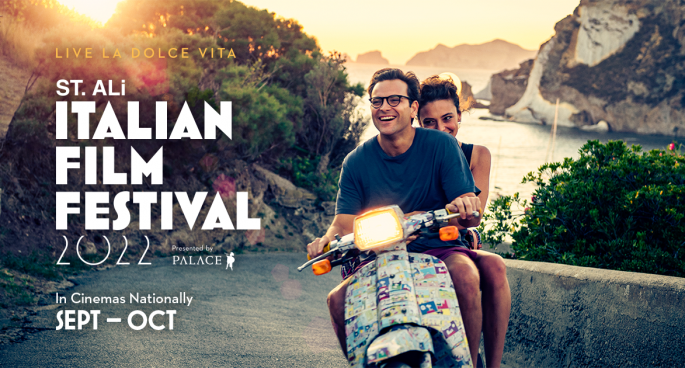 Felix Shannon of Tuesday Drive speaks to Elysia Zeccola, the Director of this year’s festival, about what makes Italian cinema unique, the impressive lineup of films, the significant impression of Naples on contemporary Italian screen culture, and the exciting direction of ‘New Italian Cinema.’

Having already begun in Sydney on the 13th of September, the 2022 St Ali Italian Film Festival is enchanting audiences across the city – not to mention Perth, Melbourne, Canberra, Adelaide, Brisbane, and Byron Bay – until the 12th of October. (dates may differ depending on location, see the Official Italian Film Festival website for more details)

The St Ali Italian Film Festival is the largest public celebration of Italian cinema outside of Italy; and while film might be the ‘centrepiece,’ Italian culture, language, music, and cuisine is embraced with equal passion alongside each screening.

Presented by Palace Cinemas, audiences in Sydney can catch this year’s films and events at 4 venues: Palace Norton Street in Leichardt, Palace Central in Chippendale, Palace Verona in Paddington, and Palace Chauvel Cinema (also in Paddington).

The festival is due to close with the Oscar-winning trilogy of romantic comedies Yesterday, Today, and Tomorrow (leri, oggi, domani) from acclaimed director Vittorio De Sica. In the meantime, there is plenty to satisfy your hunger for Italian cinema. Buon appetito!