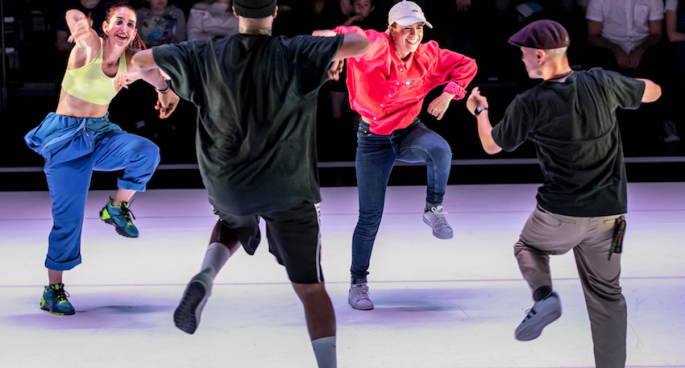 What a joy to witness this latest dance work produced by Australian B-boy, hip hop advocate and choreographer, Nick Power tonight. And that joy wasn’t just reflected on the faces of the rapt audience who filled the bleachers on both sides of Bay 20 at Carriageworks. Here, a great white expanse had been laid out like a giant judo mat or boxing ring, edged with a square black border as if secured by a jumbo roll of gaffa tape. The joy was also evident in the smiles of the dancers, especially those from four-member all-female French crew, Lady Rocks whose sheer pleasure in moving across this stark dance space, could not be contained. 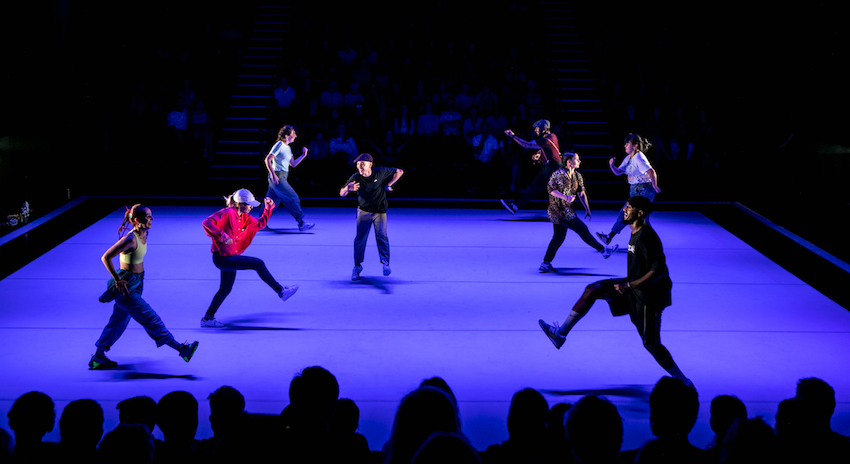 It seems regressive in this day and age to focus on gender, but the female energy in the room was one of this show’s crowning features, especially given part of the premise for Two Crews is a street-like battle in the hip hop tradition. Facing each other off from opposing sides of the expansive dance-floor, the performance began with Lady Rocks and the Sydney-based Riddim Nation crew, good-humouredly goading each other to make the first move from their respective sidelines. With Riddim Nation also boasting four talented dancers, but made up of three males and one female, the balance needed to make the full group interactions work later in the show, always felt nicely tilted towards the female. This also made the duet sequences not always your regularly seen male-and-female pairing-offs. 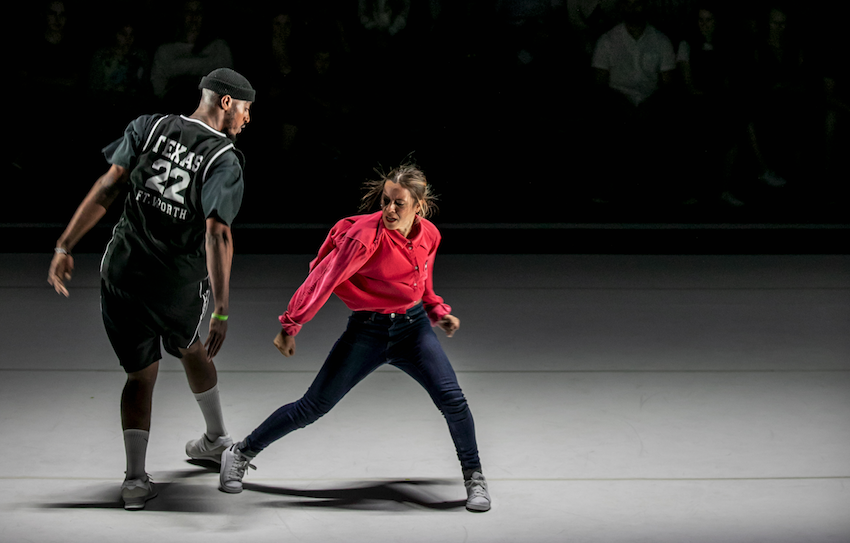 Each dancer had moments to shine on their own, but this is very much an ensemble piece with very little opportunity for individual grandstanding or the showy theatrics of jackhammer moves, windmills and headpsins. Throughout, despite the competitive prologue, Two Crews feels more like team play where a couple of troupes support each other and interact beautifully and cyclically. The fluid, cumulative effect when all eight dancers machinate together is a demonstration of critical mass, radiating not just energy, but positivity for a playful celebration of hip hop community that incorporates moves from a much wider range of dance culture. Regardless, there were cycles where we could marvel at once dancer’s prowess, including Riddim Nation’s Gabriela Quinsacara, whose impressively popping joints during a solo got one woman from the back of the hall all aroused, breathily whooping loudly from the stands, which seemed to loosen the audience somewhat and provoke a bit of laughter too.

In a Sydney Festival that appears to have utterly decimated its contemporary music program in 2020 (arguably its been on the decline for a few years, despite the loud cries to bring back late-night venues like the Becks Festival Bar rather than the soulless and starkly empty this year Hyde Park Festival Village where the Spiegletent is largely home once-again to rehashed “risqué” cabaret and not much else for young, hungry for innovate music fans), Two Crews‘ pumping, beat-laden soundtrack is a welcome, but brief antidote. Pushing the envelope of what a hip hop show should sound like, besides one brief funk-sampling sequence – and effective silence for another – Two Crews’ seamless score and minimal lighting effects, bridge the divide between the street and theatre, basketball court and club.

Two Crews is on nightly until January 12th. Tickets from Sydney Festival 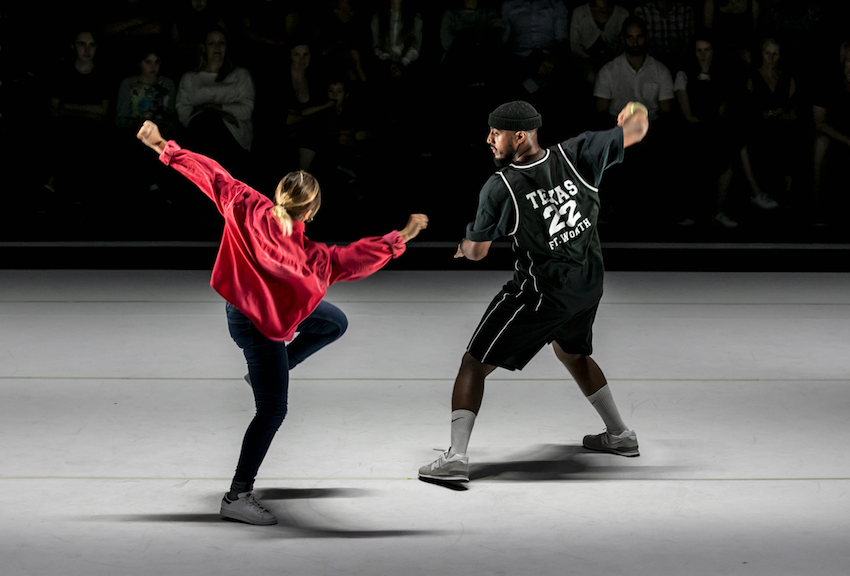