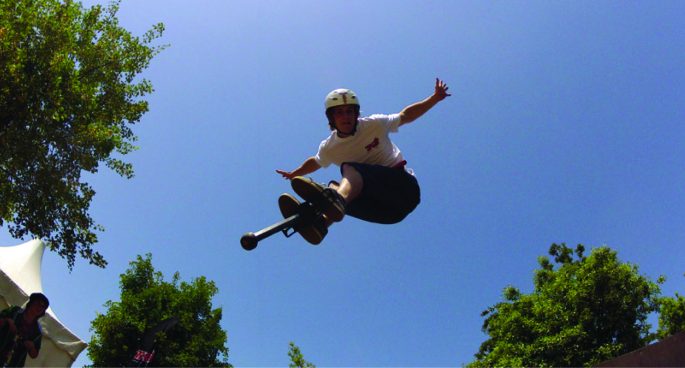 Many, if not all of us, have memories of using pogo sticks as children. I was always disappointed using them, as they never bounced quite as high as you wanted them to. But that’s all changing, with a company in America who produce what can be considered ‘extreme’ pogo sticks. Described as a sort of ‘portable trampoline’, ‘Vurtego Pogo’ produce pogo sticks with bouncing capacities upwards of 10ft. 2SER Producer Rhiannon Williams spoke to Biff Hutchison; member of the XPOGO stunt team, social media manager for ‘Vurtego’ and Guinness World Record Holder, about ‘Vurtego’ and the whole subculture of Extreme Pogo.