The Liberals and Personality Politics 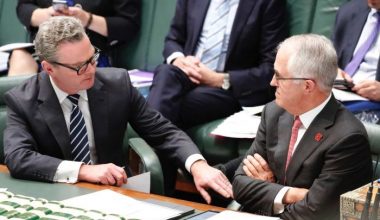 Christopher Pyne MP made the headlines this week as tapes were leaked of him defying his Party by suggesting that marriage equality could be closer than anticipated. With leaked tapes, party defiance and apologies constantly filling the Liberal Party’s weekly workload, is this just typical internal party politics or will there be damaging consequences?

Thursday Daily host Adrian Walton was joined by Dr. Chris Wallace, a Contemporary Political Historian from the Australian National University, to discuss whether the moderates and conservatives of the Liberal Party can ever live ‘happily ever after’.

The Liberals and Personality Politics