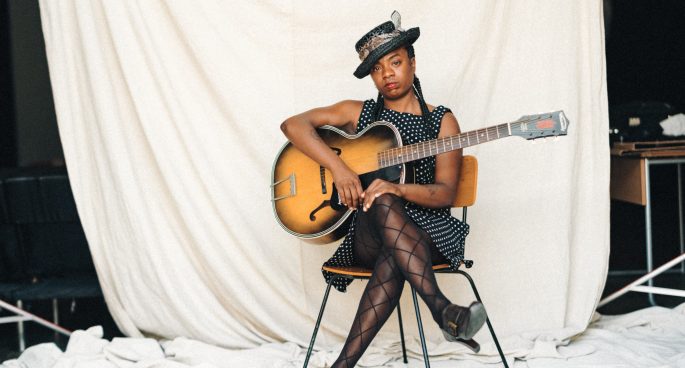 This week is full of jam-packed new releases, with something for everyone in this eclectic line-up.

First up is this week’s feature album, Like That, by indie guitar-pop outfit Cool Sounds. Hailing from Central Victoria, this album is one to keep on your radar. A solid departure from previous albums, Like That is full of funky tunes to get you through another hectic week and is guaranteed to get your toes tapping. Check out the full album write-up here.

BATTS has released some new music fresh out of Naarm (Melbourne) this week. The Nightline is a beautiful album balancing a fine line between melancholy and catharsis, full of depth, harmonies and textured instrumentation. An absolutely haunting and beautiful album. Featuring highly anticipated collaborations with Sharon Van Etten and Deep Sea Diver, this album is one you really do not want to miss.

There was also new music across the divide, with a third studio album from Halifax group, The Orielles. A cinematic and indie pop album, Tableau has it all. From jazz interludes, freeform passages and affected soundscapes throughout all sixteen tracks, this album will take you on a ride like no other.

Releasing one album is an achievement in and of itself, but North Carolina singer Lee Fields dropped his 22nd album this week titled Sentimental Fool. Facing confronting heartache and pain head-on, Fields bares his soul in this album accompanied by organs, drums and horns. This deep and emotional soul album is one for the books and a must for fans of soul classics.

Also out this week is the stunning Debut Anchor and Adjust from Naarm duo Syzergy. Step into an 80s time machine with a modern twist as you experience high energy and dystopian tunes with square wave electronics, synth-pop and new-wave adjacent aesthetics.

In terms of singles, we are spoiled for choice this week, with amazing singles coming from all over the world.

Seven Hour Flower by Naarm duo Deuce confronts inadequacy head-on through their lyrics. This track is one to sink your teeth into this week, accompanied by upbeat drums and haunting vocal melodies.

UK-based viral sensations Wet Leg released a stripped-back version of their track Convincing from their Self-Titled debut earlier this year. Giving the song a new vibe, this track puts lead singer Rhian’s vocals on display and does not disappoint.

Local act Case Sensitive released their newest single, Love Reciever. This single shines in all its DIY pop glory ahead of their new album release next year. They are definitely a band to keep an eye out for in the new year.

Keep your ears peeled for more singles from Go Team!, Sunny War, and Bukk Callahan on the airwaves this week.

All this and more on your airwaves via 107.3FM this week. To become a supporter so we can keep bringing you this, become a 2SER subscriber.