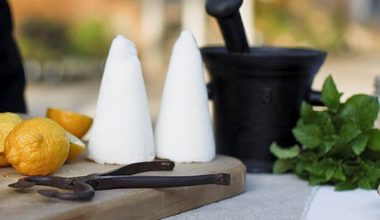 During the 18th and 19th century, solidifying and shaping white sugar into cone or loaf moulds was all the rage. To avoid sugar absorbing moisture, it was set into a solid mass after being boiled down and filtered, then poured into a mould that held its shape in a cone formation. In order to eat this masterpiece, a pair of iron scissor tongs called ‘sugar nibs’ were used in order to crack into it. Nic had a sweet catch up with Food Historian and author of Eat Your History, Jacqui Newling.