The Decagon House Murders by Yukito Ayatsuji Part One 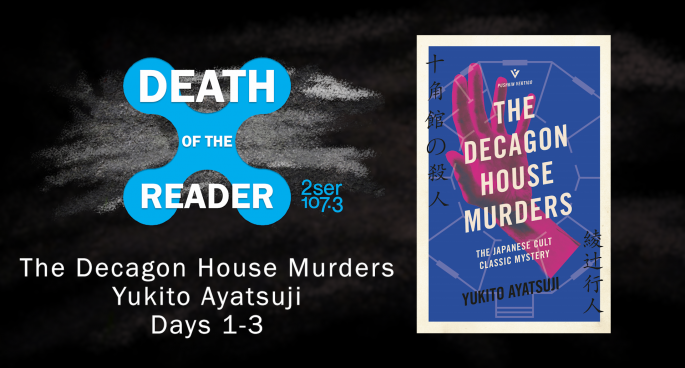 We discuss chapters 1-6, the first three days, of Yukito Ayatsuji’s The Decagon House Murders. A team of students from the K University Mystery Club take a week away to Tsunojima to work on the next issue of their club magazine. Tsunojima, a few months before, was the site of a gruesome series of murders that the police have called a murder-suicide, and soon after arriving on the island, the group finds a series of plates that foretell their doom. Is the same murderer out for more blood, or is one of their own continuing the island’s curse? We also speak to Dr. Satomi Saito, professor of Japanese from Clemson University about his dissertation on Japanese Detective Fiction, the history of the ‘Shin Honkaku’ school and his role in getting Ayatsuji’s work published in the west.

The Decagon House Murders by Yukito Ayatsuji Part One