The Sign of the Four by Arthur Conan Doyle Part Two 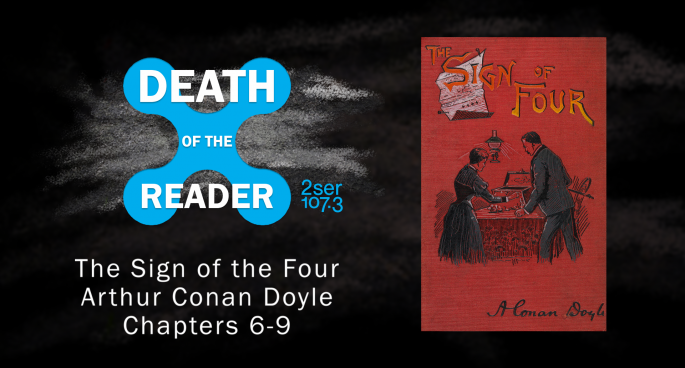 We discuss chapters 6-9 of The Sign of The Four by Sir Arthur Conan Doyle. As Sherlock Holmes drives himself closer to the villain of this tale, and the recovery of a stolen treasure, he brings all the charm he can muster by dressing up like an old fisherman and being captured by his own friend Watson, as well as employing a small army of street urchins in pursuit of the murderer! Sherlock is convinced the elusive peg-legged Jonathan Small is the murderer, is there even a mystery here? Or is there room for doubt? Meanwhile Watson struggles with his love for Mary Morstan, knowing that, should she recover her treasure, she will be lost to him at last. Will love conquer all? Tune in to hear Flex and Herds discuss the potential of a murder mystery with no mystery to truly solve, as the swashbuckling adventure continues.

Check out Part One and Part Three here.

The Sign of the Four by Arthur Conan Doyle Part Two