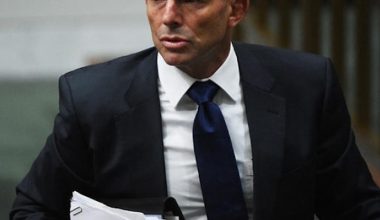 Former PM Tony Abbott is in hot water this week, being investigated over the leaking of classified white paper documents, and although he says he’s innocent he has still allowed himself to be quoted at length in articles that are clearly unfavourable to current Prime Minister Malcolm Turnbull. The rumor mills are churning with the possibility that Abbott and others in the Coalition believe he is the prodigal son and belongs back in the big chair. But could this line of thinking be dangerous not just for Turnbull but for the entire Liberal party? Writer, political advocate and former communications advisor for John Howard Paula Matthewson joined The Daily to discuss these issues.