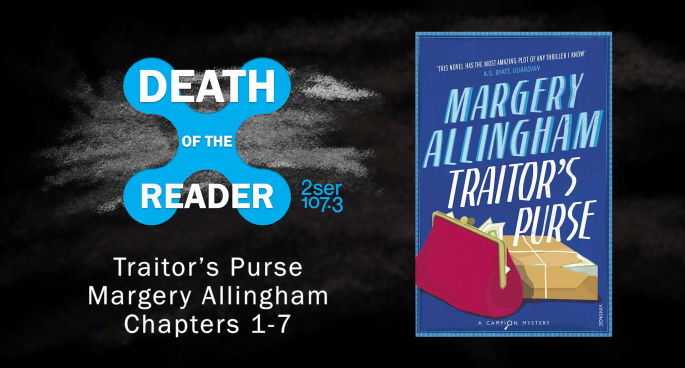 We discuss chapters 1-7 of the eleventh Albert Campion novel by Margery Allingham. A man who does not know himself awakens in a war-emptied hospital, and overhears word that he has killed a policeman. In a panic, the man pulls the fire alarm and flees in an unlocked car outside. A daring chase follows wherein he is tailed by his fiancé and the man he was supposed to meet, had he remembered he was supposed to do so. It turns out he was investigating the Bridge Institute for… something. Probably the card game, right?

We’re also joined by author Pamela Hart to talk about ‘An A-List For Death‘, the second Poppy McGowan novel, ahead of two events at this year’s BAD: Sydney Crime Writers’ Festival. Catch Pamela on Friday the 9th of September, from 10:30AM at the ‘And Now For Something Slightly Different’ panel, or her workshop ‘The Victim is the Story’ from 12:30PM.