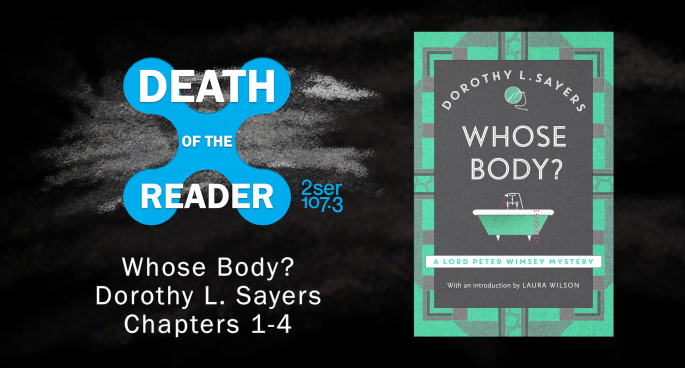 We discuss chapters 1-4 of Dorothy L. Sayers first novel in her Lord Peter Wimsey series. A forgetful moment returns Lord Peter home just in time for news of a grizzly death, suited perfectly to his hobby of detection. An unknown man has been found in the bath of Alfred Thipps, naked but for a pair of spectacles. Inspector Sugg, a policeman already disgruntled by Lord Wimsey’s previous efforts, pins the crime on Thipps maid, and Wimsey amasses his allies to hunt the real killer. With a delightful and scattered tone, can Herds unravel this curious debut?

We’re also joined by Yoyu Li, one of the team behind ‘Whispers in the West‘, a cooperative murder mystery video game we played just before its’ Kickstarter launched. We talk about the game’s development, the link between narrative and game design, and more.