The Ghosts of Paris by Tara Moss – Part Two 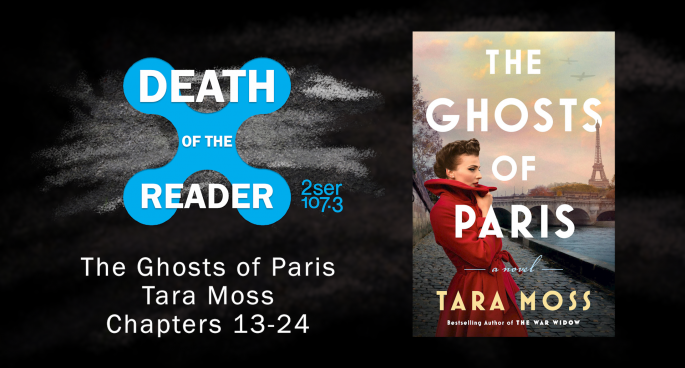 We discuss chapters 13-24 of Tara Moss’ new Billie Walker novel, ‘The Ghosts of Paris‘. Billie’s journey through Europe in search of not one, but two, estranged husbands begins. Featuring uncomfortable run-ins with some men who think we’re being too harsh on the Germans, to the altogether silly rules against women wearing pants in Paris, the post-war hustle and bustle is on full display. Billie finds out one of her friends has seen Jack, only to find a similar looking man on a morgue slab. Could it all be going awry?
We’re also joined by Nicolas Pleskof, director of French Murder Mystery Comedy ‘Murder Party’, to talk about playfulness and suffocation, the great game, and the Australian release of his film.
Thank you to Harper Collins for copies of the book.
Check out Part One and Part Three here!

The Ghosts of Paris by Tara Moss – Part Two